It was during the Charles Manson days, the late 60s, -- he had caused great fear across the country, and there had also been recent stories of murders along an Illinois Interstate south of Chicago, where my husband and I lived, at the end of a quiet country road. 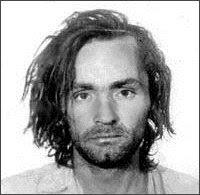 The road ended a bit beyond my/our 2 acres and you had to turn around to get out – forward, back, forward, back on the narrow road. We had a modest little Sears house, no neighbors, and beyond our property, beyond the dead-end road, was open country, cornfields, space.

I was at least 12 months pregnant – yes, HUGE, and could barely walk, not entirely cheerful with my increased girth and its limitations. Really, I was 8 ¾ months pregnant, and home alone, awaiting this baby’s arrival. We were in the process of building a garage to add to our humble little house. It was taking a long time -- I was not of much assistance because of my amazing size. DH was at work.

During the last few weeks, I had noticed a disreputable , dirty car driving up and down the road, looking around, making a U-turn at the end, and driving away – very shady and suspicious. I was barely able to walk, but also thinking about the Manson murders. This guy drove by several times every week and I was feeling very unsettled. It never occurred to me to call the Law.

Our car stayed in the driveway, pointing out, you know, in case it became time to get to the hospital. Now, back in the 60s, some cars (ours) were ginormous, huge fins, and could go like the devil. It had well over 300 HP, boo-koos of cubic something or other. This car was BIG and BLACK and FAST and impressive!

There was that guy again, checking the neighborhood, obviously up to no good -- probably ready to murder someone, and I was NOT going to let that happen. I grabbed a baseball bat, waddled out to my big car, started the engine and raced after him. I chased that man to the end of the road, and I kid you not, slammed on the brakes, did a 180 like nobody’s business, screeching, dust flying, gravel shooting everywhere, blocking his escape, not only on the road, but from his car! Yes, just like the movies! I opened my car door, grabbed my bat and waddled over to that man’s car, (he was pinned in by my big car) ready to attack him, hollering "Who the Hxxx are you!!!”. He got pale, white and 45 years later, I can still hear him stammering in total fear, “NNNNNow MMMMMa’am, cccccalm down, I’m the bbbbbuilding inspector and am wwwwwatching your ggggggarage ccccconstruction!!!"
Posted by Elaine Adair at 6:58 PM

That story is so good that I read it out loud to Chris - with my laryngitis!

ROFLOL! You were in mama bear mode.

HILARIOUS!!! Thanks for sharing!

Oh my goodness, you have made me Laugh Out Loud!!! That one was too good! Thanks for sharing your mystery episode :-)

You are one gutsy lady! That is quite a story. But you know what? I have a hard time believing the guy's alibi. However, that is such a good story. I'll bet you could write it up and sell it. Thank you for sharing it. I needed that little chuckle right now.

You GO GIRL! I love it! What a funny story.

I used to have a repeating nightmare, that a man walked into my house in the middle of the night. I would try to flip on a light & the lights would never work.

One night I'd gotten up to go to the bathroom, checked on the kids, & stoked the fire in the woodstove. It was about 3 a.m., & as I was poking at the wood in the fire, I heard the back door open. In my nightmares I was always afraid, but that night I was instantly furious. I walked into the kitchen & flipped on the backroom light, to find a strange guy standing there, blinking, & stuttering, as I stood there, poker in hand & asked him who he was, & why was he in my house. He was a little drunk, & lost, & had intended to go next door, to my brother-in-law's house. I suspect he knocked after that.

Oh my gosh!!! I read this while in bed and laughed so hard my hubby woke up!!! hahahahahahaha

That is too funny! I would have NEVER done anything like that. I'm not sure I believe the guys story though, I just give him credit for being a quick thinker. :D

Great story!! You sure showed him that you're not a lady to mess with.

I am glad the story has a happy ending! I bet that guy had to change his boxers after that!

When I was 9 1/2 mo pregnant (twins 2 weeks late) I waddled out and was happy to talk to every stranger that came by our house that was out in the middle of a field. Neither of us was too smart, were we?

oh dear, someone get me the smelling salts! Or maybe fresh undies! ROFLMAO!! You go Elaine!!

Good for you!! This is a great story and surely worthy of repeating - the stuff of family legends... thanks!

Funny story. Were you brave or insane??? He probably thought you were insane. Lol.

Elaine I'm looking at your picture on your blog and trying to picture you doing that. You look so mild mannered. :0 blessings, marlene

Woah! That's amazing. I am dern speechless my friend. Thanks for sharing and shifting my perspective of you, too. In a great and powerful way!

That story is priceless!

Great story. When my mom was alive and a cattle buyer, rustlers were in the area and she was hopping mad about it. She made a sign and put it at the gate to their pasture. It said, "This land is owned by a hot-tempered redhead. Anyone found here at night will be be still here in the morning."

Are we somehow related??!!

Oh my gosh. What a scary, funny story. The word pictures are vivid.

I can just see you waddling. lol
You should be a story teller - even though this was true.

Who is your quilt for this time?
Looking really good

That was too funny! I hope that story is attached to that baby - one of those "do you know what I did for you!" type.

phew I'm with Lori... pass the smelling salts.
He was lucky you believed him,I wouldn't have. :)

You are so funny and you tell that so well! That could go in a book!

way.to.go!!! that's totally awesome. poor, poor guy! He should've let you KNOW he was stalking your property for a good reason BEFORE you came after him with a bat!

You are a piece of work! You and your hilarious confrontations! Oh my! Hahaha!

Oh, thanks for making me laugh. What a story! I'm impressed by your courage, in any case.

Loved this story! Neva, and I mean NEVER mess with a 12 month pregnant woman! Thanks for sharing!

Julie in the Barn said...

Great story and you tell it so well, too. It seems folks had more gumption back in them days...courage for sure.

I love it! But you gotta defend yourself after all!

It's a wonder he ever came back to sign off on the final papers for your garage construction! Cheers! Evelyn

I never saw that ending coming, what a great story that will grow in the retelling of generations to come! Thanks for sharing a laugh, very funny (you got gumption, girl!)