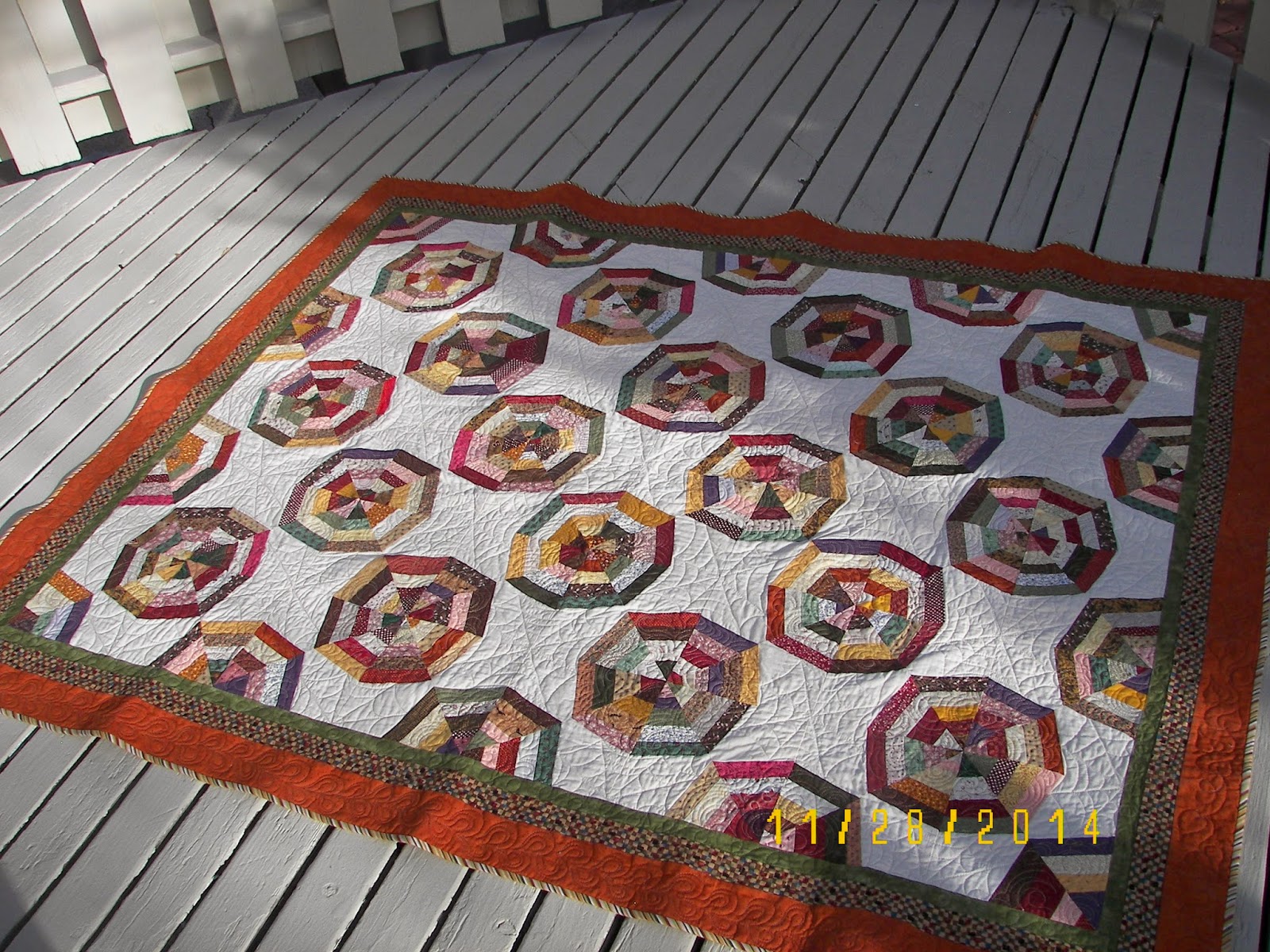 DONE, DONE, DONE!
Basting issues are DONE!
Camera issues are DONE!
Sewing machine issues are DONE!
Food preps are DONE!
I quilted the borders differently, just for fun, since the quilt itself is almost humorous, and because it's good to keep practicing.  Two borders are very casual feathers or hearts.  Then I became bored with that design and changed the last two borders  LOL 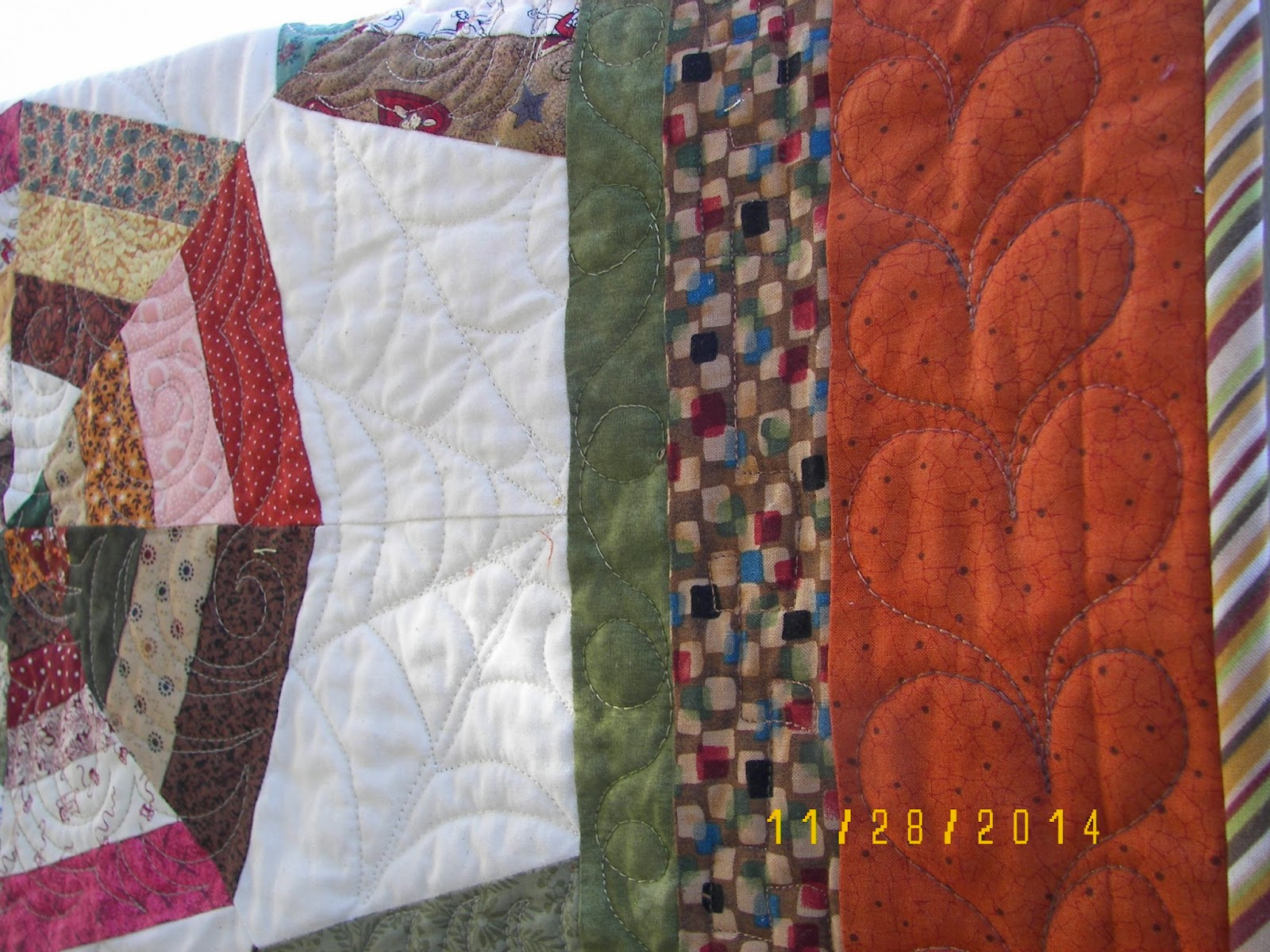 This one is leafy, viney, curlyques with a red/brown variegated thread. 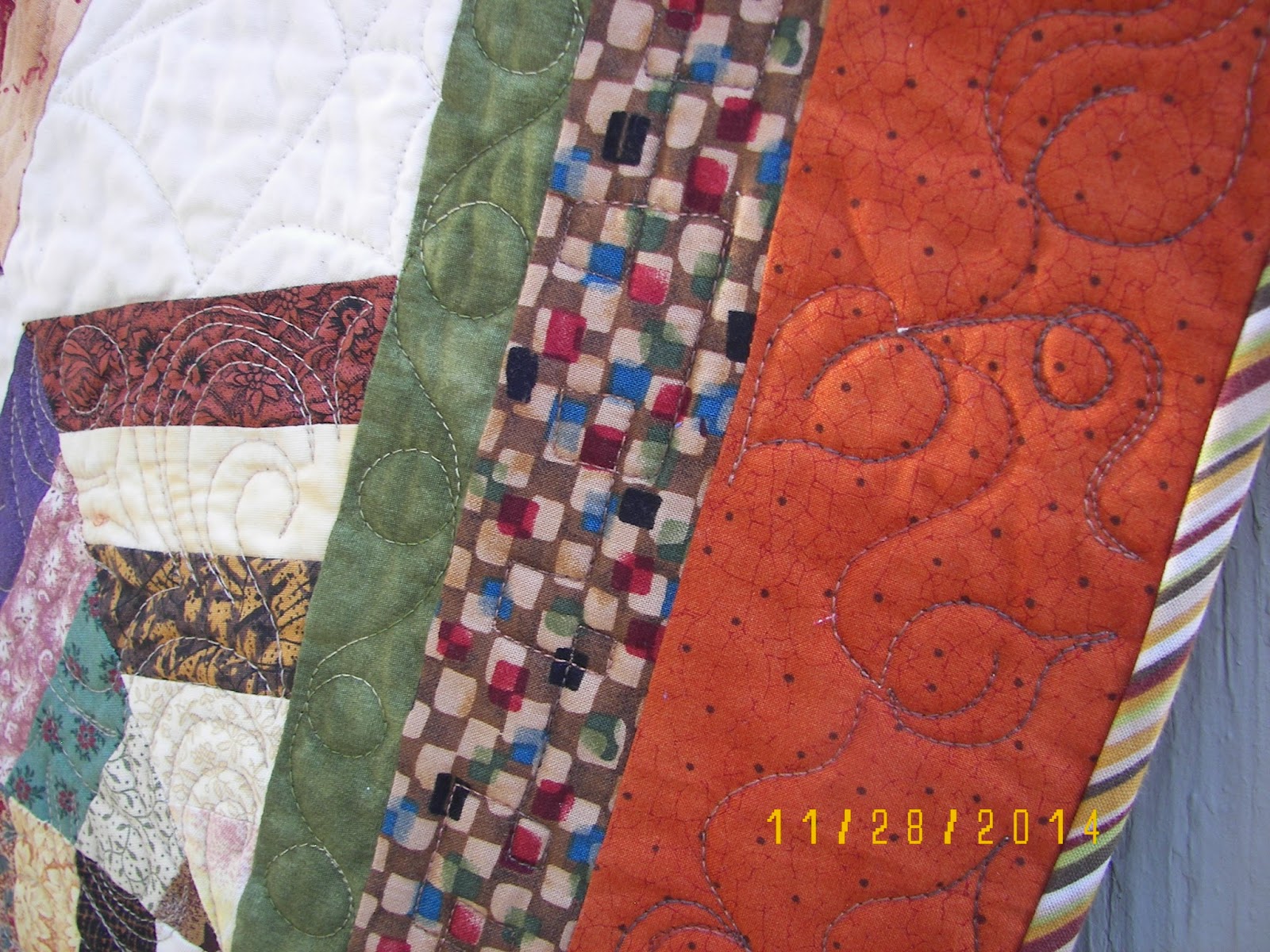 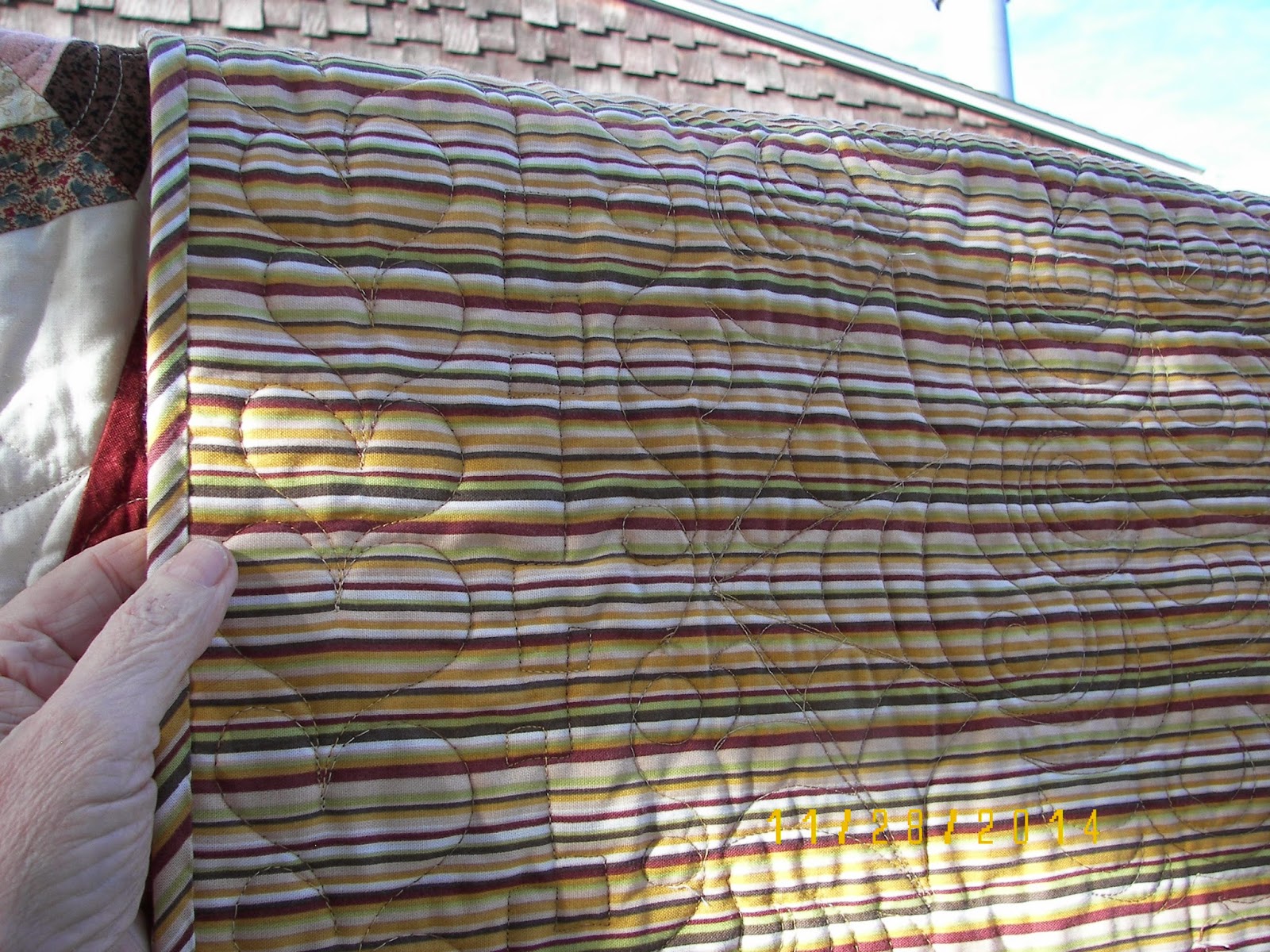 This quilt back needed rebasting a second time -- not fun but the extra effort ended up positive.  Here is the back - I wanted to make diagonal binding as well as use it for the backing.
Below is on the deck, where I like to just look at it, knowing I had numerous issues, yet did not give up.  The yard is pretty drab, isn't it?

I'm using a new "system" for this post, on the laptop, and transferring the photos via disk.  That might not sound like much of an accomplishment, but it turned out to be waaaay more than simple!   I'm still working at it!     I thought this photo was cropped. 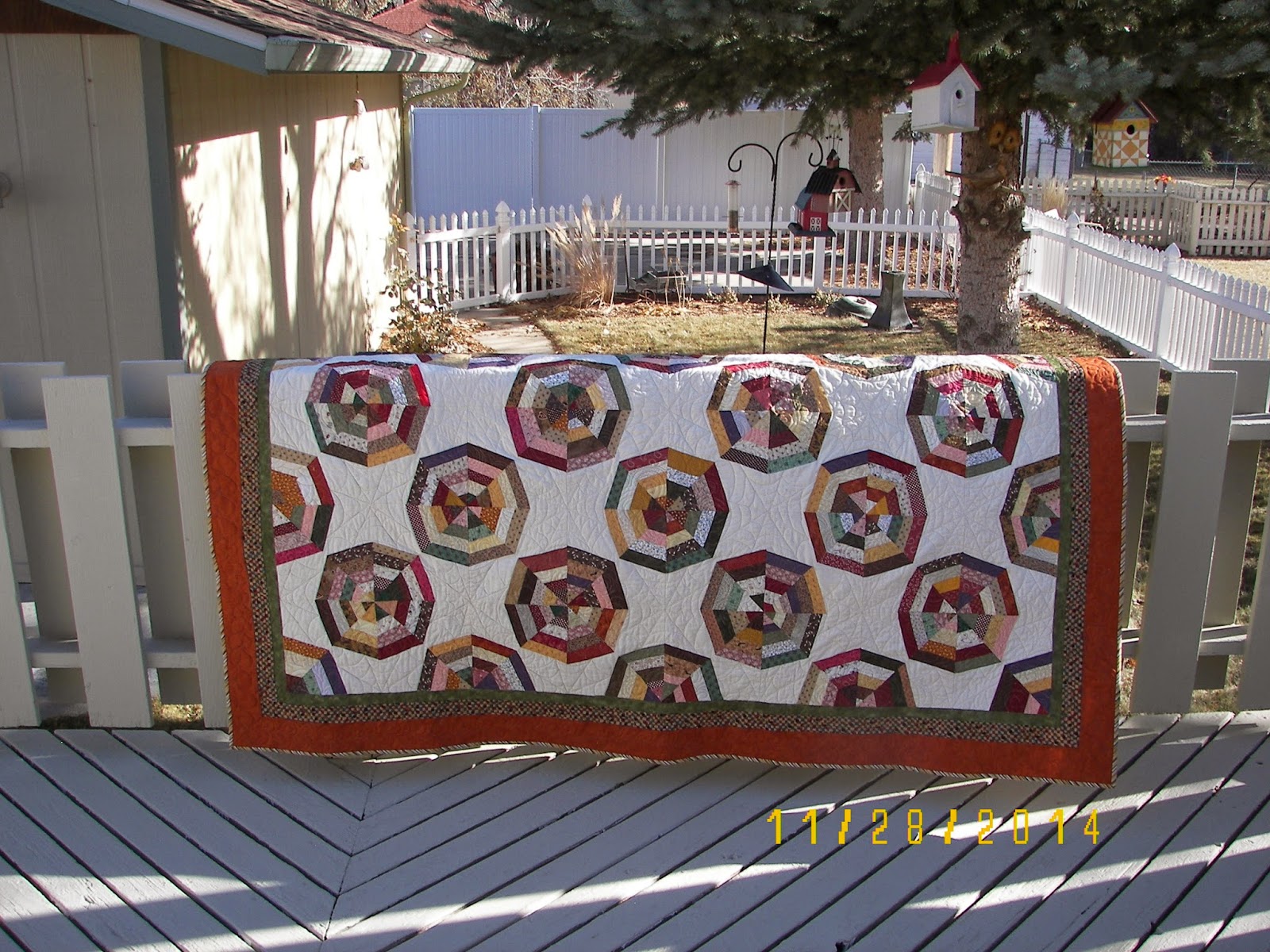 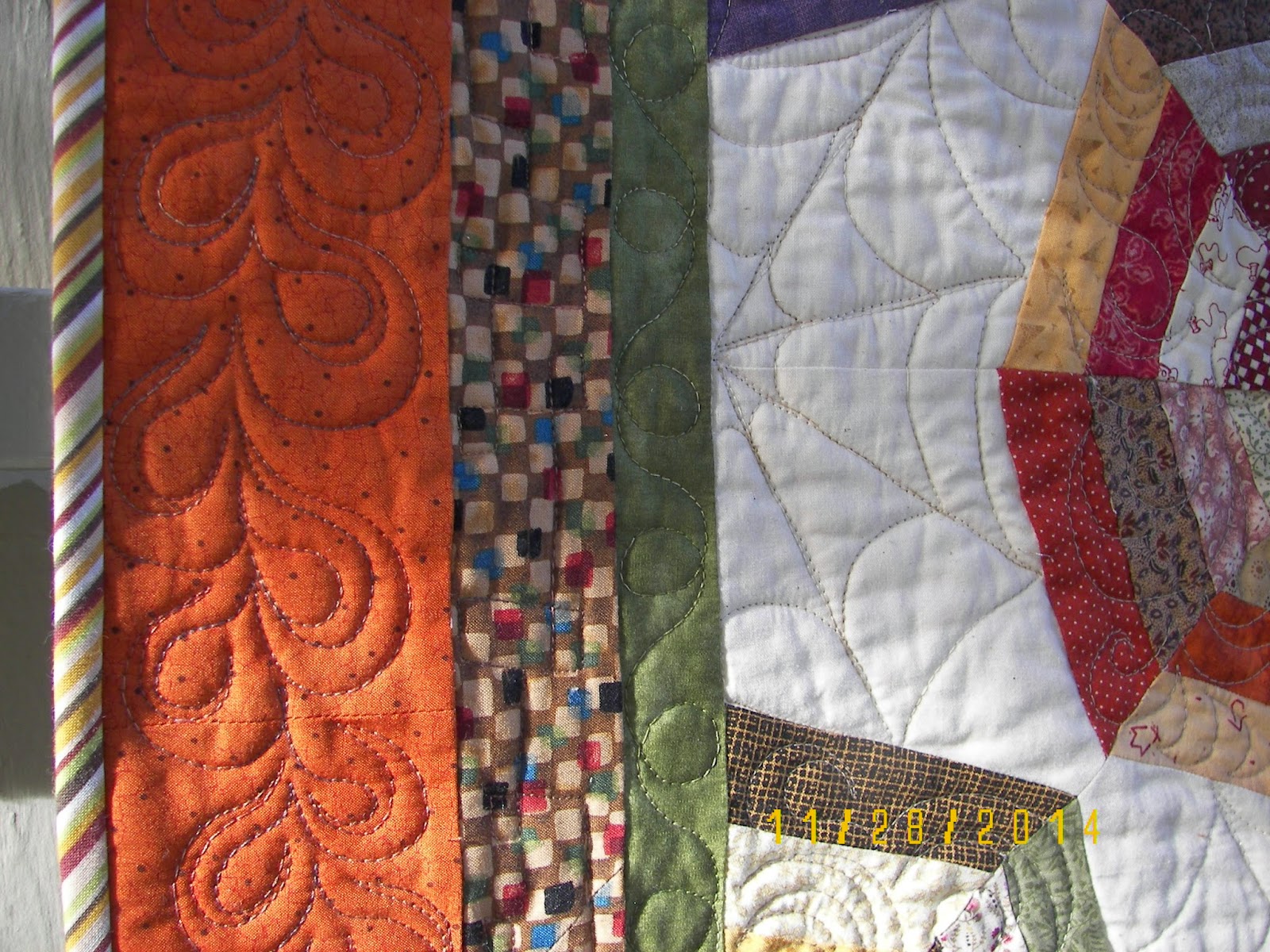 Oh, Elaine, I'm so proud of you! Conquering all those rotten issues and coming out on top, Good Girl!!!
The quilt is lovely and it just glows in the sunlight. Your borders are wonderful and I love a diagonal binding, too!

Another great finish. You go girl!

I'm glad you stuck with it. It is a lovely quilt. Love the play on words/stitches with those really sharp spider webs on the spider web quilt. Lots of good ideas in your quilt.

It feels so good to be DONE with something - especially after having "issues" with it. When I'm in the middle, I sometimes think, Why am I doing this?" But when it's done, I know.. Right?

It is beautiful!
sao in Midlothian, VA

Feathers in my Nest said...