Our anniversary is same as Eclipse Day - flowers arrived early, because of all the activity planned tomorrow, big "E" day.  Our little town of 8900 is in the center of the pathway and good grief, so much planned, so many people expected, so many flights in and out and even rumors of a few big name "movie stars"!  We are not accustomed to "traffic" but already 1 day prior to the big "E" day, ... hey, it's a ZOO  out there! 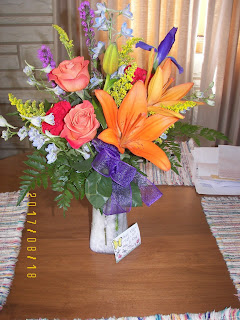 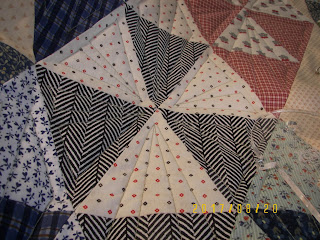 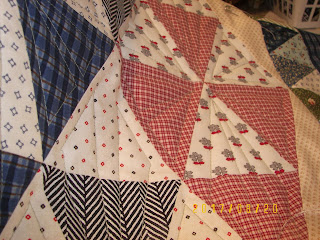 Originally I tried this ruler made especially for what I thought would be useful - mmmm - not sure it works well for this project, but perhaps on another design.  More practice me thinks! For this project, the straight edge is not long enough before hitting a stop point.  Re-adjusting the ruler each time means delays, and more possibility of a mis-stitch.

Below is one of my quilting feet - notice the high edge around the foot, meant to keep a ruler  from sliding getting under the needle, but also it slides along the edge of the ruler, keeping the line straight.  However, note on the right of my foot, how the assembly is rubbing slightly against the ruler - it does not actually impede movement but it 's close and something to think about, if choosing a ruler.  Also, there is a lot of "stuff" in my view, hard to see behind the foot, but it can be done.  I did a lot of peeking, up, down, leaning left and right to be sure my ruler was lined up accurately. 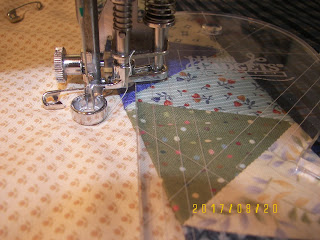 I found this short, ruler in my stash, a freebee when visiting this Denver shop - it works great!  It is thin so be sure your ruler foot had high edges.  You need a little ruler that slides around easily, doesn't get caught up on seams, but slides over them but also stays put.  Tricky?  Yep! 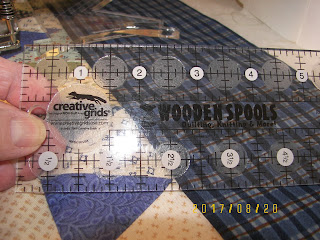 Some of my lines - turning corners and then readjusting was difficult without little crooked stitches.  I did used a dark Sharpie to fix some of my mis-stitches on dark fabrics as my thread showed light.  Thread buildup was my problem at the center of the triangles, but then I learned how to stop short before going back the other way and then I learned Jump Stitches when moving from one area to the next.  My first 2 or 3 blocks had to be redone several times -- practice helps a LOT. 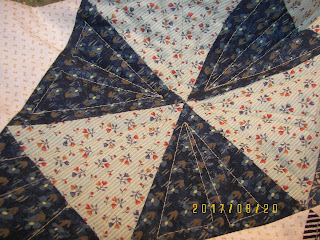 I marked everything, using a Frixion pen in purple along with a white ceramic pencil.  This is not a fast project for now but gets faster with practice.  Perhaps, in time,  I won't need to mark each block.

DH and I both agreed we are liking the overall effect.  This is before sandwiching. 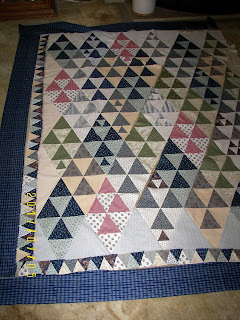 Happy Anniversary and good Eclipse Day, too! The ruler quilting came out wonderfully!

So will you be outside in special glasses to see the total eclipse? I have no love of Frixon pens, in fact I've never bought any but own 3 or 4 of them. I've gotten them when people give them to all recipients at retreats. I've been using some of them but I choose carefully where I'm marking and what quilt I'm marking on. I generally will use them on general purpose quilts but never on something that has taken me years to make!

I avoid Frixion pens at all costs. They disappear but can reappear if the quilt gets too cold. I don't trust them. Happy E day and may the crowds subside after it is over so your community can return to normal.

I hope you had a great anniversary/E day. Having viewed it from a small town, I can imagine the problems the visitors create, but the town we went to had a city not far away and the bulk of the visitors went there, it appeared.
Ruler work is tricky to master, isn't it? I'm not there yet.
You did well. I think that was a great choice for your quilt!

Thanks for sharing your ruler work! I've been practicing myself, and think I like it. But definitely need a lot more practice. I look forward to hearing more of your adventures with the rulers!