We've seen the screech owls on and off this spring, even thru July 4th bombs and explosions - nothing seems to faze them!  If we sit outside at dusk and listen to the robins screeching and hollering and dive bombing, we know the Eastern Screech Owls are somewhere nearby.  We live in western Nebraska, in town.

Tonight, I had the bright idea of taking the computer outside on the deck, and playing YouTube sounds of Screech Owls, wondering what might happen -  I kinda hoped one owl might land on my computer - however, we ALL remember "The Birds"!

I heard the robins making a ruckus, so played an Eastern Screech owl's sounds and calls,  and in a matter of 5 minutes there was one little guy sitting on the deck rail, looking back at us.  DH  and I sat there mesmerized.  Soon the robins found this little owl and did their pestering and dive bombing, so he fluttered to a nearby spruce for safety.  I continued to replay the Youtube video and I could see him listening (I think) and also he replied with his little trill.  Soon a second owl arrived in the area, sitting on a cable.  Eventually both of them took off, without a sound.

I didn't have my camera so will repost 2 photos from a few years back when they roosted in our backyard spruce.  We feel blessed they shared a few moments with us. 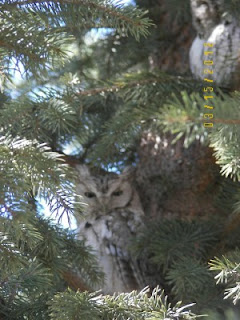 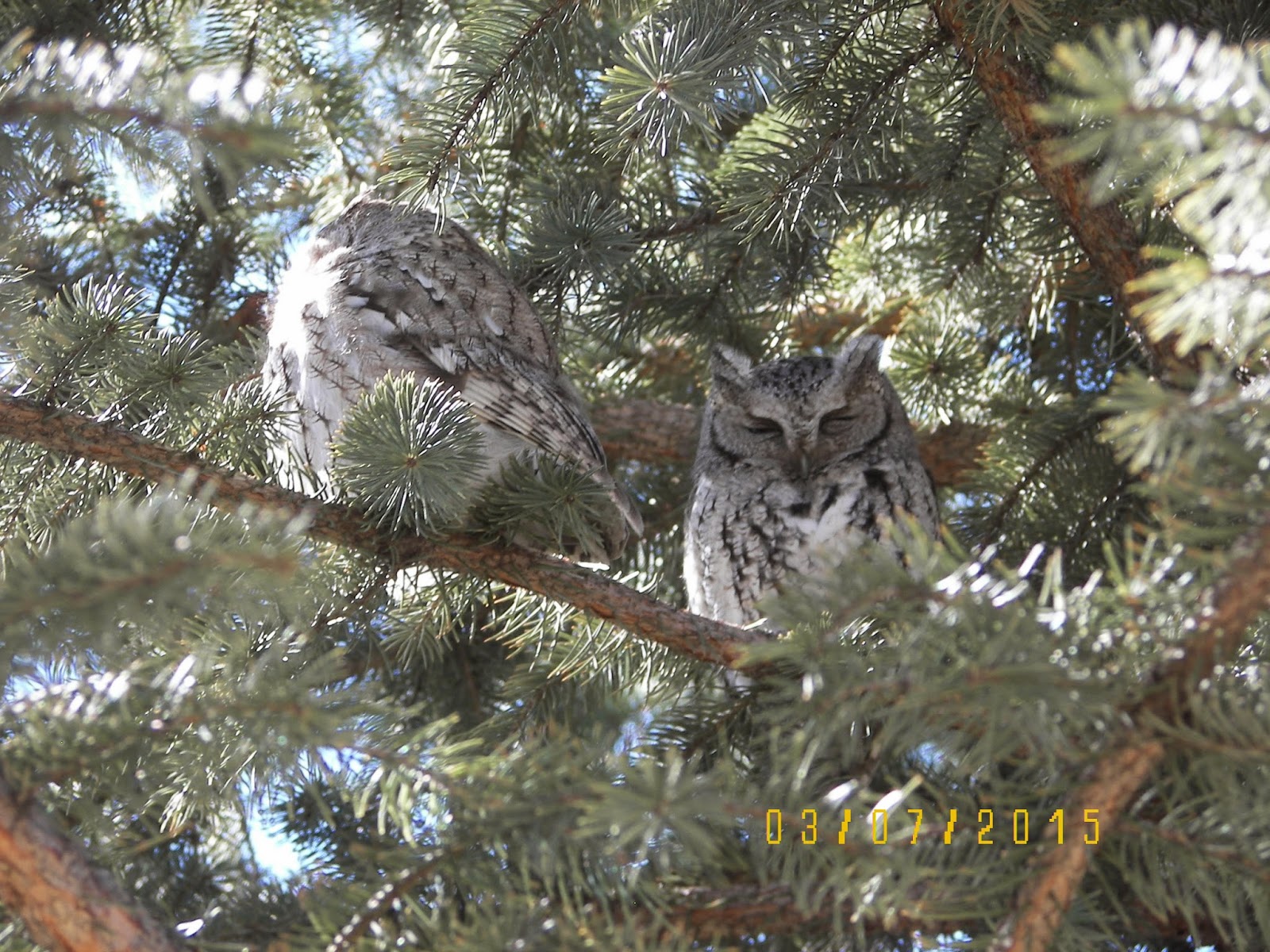 I did that a couple of years ago when my friend put the owl house up in my tree. I'd go out every evening about dusk and play the sounds from allaboutbirds.org. Not sure that did anything but I have had owls in my house each year. I know there are several in our neighborhood because I hear them. So cute.

What a wonderful experience! We have an owl on our place now and then. An owl gave Jim a big fright one winter morning, and was pretty startled itself, when he came around the corner of the greenhouse and surprised it sitting on a pile of brush. The owl took off and surprised Jim back.

I've seen a white owl sitting in the larches, magisterially ignoring the raucous pestering of about six magpies.

We love seeing the tremendous variety of bird life on our acreage.