(Written a week ago)
I've mentioned my "Design Floor" as I don't have any large walls. My blocks are laid out on the living room floor and we both know how to step around them.  However, occasionally someone will visit unexpectedly and tromp all over them, seemingly, they don't see the project.  My Lady of Shallotte blocks are all positioned correctly and I'm slowly getting them together. 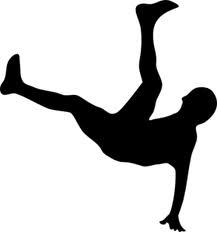 Last evening, DH was watching TV and got up for something, and CARASHHHHH!!!  He is tall, and there is no way he can land anywhere except by hitting something first before ending up on the floor.  His head hit the counter edge, then we don't know what else, but he lay there, holding his head, partly on the carpet, partly on the kitchen tile floor.   (You probably know we are well into Senior Citizenship!)  I was immediately at his side, slowly checking, but didn't see any bones protruding, no blood.  He could count my fingers and his color was good. As I considered calling 911, and what door the EMTs would enter the house - oh gosh - this is the self-guilt part ... I realized if the EMTs came in the front door they'd tromp all over my quilt!!!  Arghhhh, how could I be thinking of that at this almost-emergency, but I DID!  8-(((  Things have definitely gotten too over-the-top when THAT is among my first thoughts.
In truth, one should always have a good Emergency Entrance/Exit and our OTHER door would be better, but I am ashamed of myself for thinking of that quilt layout!
As it turned out, we think he slipped on the -- yes, the dangerous kitchen rug, that has the rug grabber material under it, but that stuff seems to lose it's grab!  I think kitchen rugs are the No. 1 cause for household accidents!
DH says he's OK, he refused to let me call 911, and is moving slowly today.  As for me, I am sewing up those blocks really quickly!!!
Posted by Elaine Adair at 8:00 AM

Email ThisBlogThis!Share to TwitterShare to FacebookShare to Pinterest
Labels: Fall

Oh wow, what a scare! I don't have room for a design wall either, but I have used a flannel backed plastic table cloth and hung it inside a double closet in my sewing room. It seems to work for at least twin size projects, and it gets it up off the floor.

I'm glad to hear your DH is OK, even if he is moving slowly this morning. Don't feel guilty about being concerned for your quilt...it's only natural...you put a lot of work into it.

My kitchen floor is bare. I laid that floor with my own two hands, could barely move for three days afterward and I want to SEE it. :) I do have rugs in front of the entry door and the door from the foyer to the living room and it seems we are always catching our toes on them or the cats tear around and bunch them up. They aren't the safest things ever.

Oh my how frightening for you both! Glad your DH is okay... them pesky throw rugs are tricky sometimes... even with the rug grabber things under them...

As for thinking about your design floor.... completely natural! No guilties allowed!

Oh, how scary--and I understand the guilt feelings. Like if your teenager ever called to say they had been in an accident--was your first thought for their safety or the condition of the car? We know that PEOPLE are our primary concern, but those secondary concerns over things can surface quickly sometimes when we have invested so much of ourselves in them.
Hope your husband is truly okay and not just in denial, as some men I know (who shall be nameless) are prone to be. : )
I haven't had throw rugs in my home for over 25 years and now I have a better reason than just not wanting to bother with them.

Ohhhhh, so glad he seems to be ok. Plenty scary, tho, huh! Y'know, quilters seem to think of all the angles (seriously), all the what ifs in the quilting of a design. I'm sure that tendancy spills over into other areas of life as well, i.e. your very recent trauma. It's ok!

Oh my, so glad DH is doing okay. They do sell stuff to back rugs with. I know you don't live near a lot of stores, but please check the internet for liquid rubber backing or replace the rug.

When patients have hip replacment surgery, social services will send someone out to do a home inspection looking for things that may trip them up. Rugs are one of the first things considered to go.

I am happy to hear that your husband is OK. Your post has given me reason to pick up my throw rugs. I've been thinking about that lately, and now, I'm going to do it. Your posting this morning was just the impetus that I needed.
Linda in Southern Illinois

Oh Elaine, so glad DH was not seriously injured. I've tossed most of our scatter rugs too, just kept the heavy ones that lay flat, but even they have a shelf life.

My design wall is only 4' wide so works for small quilts. The big ones are a problem. We have a wall in our walkout that is big enough, but two levels from my sewing machines. Aggh. Have you thought of those portable ones that free-stand? I've seen one in action and it is a bit floppy, but better than having someone walk on those precious blocks!

Don't be too hard on yourself for thinking of the quilt, though. I did the same thing when I was the patient spurting blood profusely! And my quilt-hubby man did, too! Didn't blink one bit when I said "we have to wash the fabric first!" but grabbed it and ran to the bathroom shouting "cold water, right?" while I pressed as hard as I could on the wound and waited for him to wash the blood out and then drive me to my stitches. lolz!

So glad he seems to be ok - those kitchen rugs or throw rugs of any kind can jump up and get you. We had to remove all the throw rugs from my mother in laws house when she kept tripping over them and falling.

out the door with it ... ummm that is the rug !!
Glad dh is ok if somewhat sore.
btw if you use one of those flannel backed tablecloths, you can roll them up and the blocks stay pretty much in place, very handy as a portable design board.

Thank goodness your DH is ok. Must have been a scary moment, but at least he didn't bleed on the quilt blocks :)

Not a fun adventure for you guys. This might be one time when I'll say yea for aches and pains... much better than broken bones.

I just bought notion that might help with blocks needing to be spread out all over whatever space you can find. They are pins that have little alphabet blocks that you slip on them. Then once you get your blocks where you want them you gather them up in rows with the pins marking which row the blocks represent. My problem is I can't remember which block gets added next!

Glad everyone is ok at your house.

So glad he didn't get hurt! Falling is the worst because the next day everything hurts like you ran a marathon!!

Oh dear. I'm glad your hubby is okay. And since you wrote your post a week ago I'm hoping that he didn't have further complications. A fall at any age is never good but scarier as we get older... I'd probably think of the quilt on the floor first too!

Whew! Scary, yes, but your quilt is also a treasure that EMT's would not respect nor understand. I keep a new bag of frozen peas and carrots in the upstairs freezer for an emergency ice pack. It works great because it's squishy to mold to wherever you need to place it on the injured area. If all else fails, you can just add it to the soup!

Glad your DH is (sorta) okay.

I am so glad your hubby is ok! I am reading this a little late so I hope you guys followed up in the days after just to be sure that something didn't sneak up on him (sometimes falls seem o.k. at first but pose problems later).

On the other hand, this would make a great entry on Sandy's "Quilting For The Rest of Us" podcast page on the "You Know You're a Quilter When..." tab. Concern for a block layout (especially one that you've got laid out just right) is not to be taken lightly!